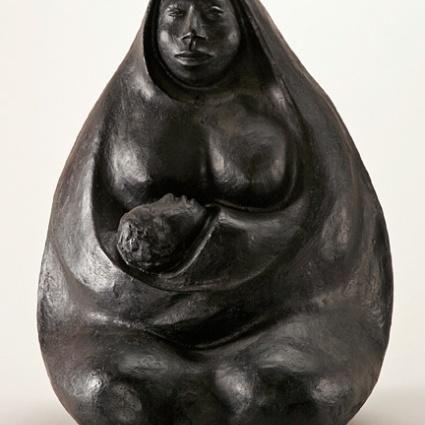 Born in Guadalajara, Jalisco, Mexico the 27th of March, 1922. He was the son of an artisan specializing in religious art and a cousin of the sculptor Salvador Cuevas. He went to live in Mexico City in 1938 where he worked in a marble factory. He collaborated with Tamariz on the Monument to the Heroic Children found in the Bosque de Chapultapec. He studied at the Academia de San Carlos as an assistant to Ignacia Asunsolo and at La Ciudadele with Zuniga, a master with whom he collaborated over a period of fifteen years. Almost all of his work is of a religious character. He worked in onyx, marble, wood and bronze.